Time and romantic attraction threaten to sour a family relationship between Lionel, a middle-aged widower who drives a train and his daughter Josephine, with whom he shares an apartment. 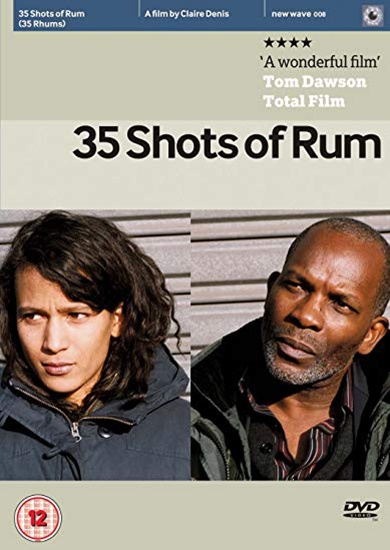 This outstanding new film from Claire Denis demonstrates her fluency and mastery in a language that is rich, quietly complex and subtle. Its theme is the bond between father and daughter, whose intensity speaks poignantly and paradoxically of loss and absence. Alex Descas is Lionel, a calm and dignified widower who is a train driver in Paris. His daughter, Jo, played by Mati Diop, is a student who lives with him in affectionate, if rather emotionally fraught domestic intimacy. Lionel's own life is brought to a crisis when one of his colleagues retires and Lionel, a shrewd observer of his fellow males, instantly sees that not having a job is a catastrophe for this man, like the most appalling bereavement. Denis shows us how Lionel realises that he must invest his own existence in something other than his job. He must refocus his attention on Jo, who is heading for an old maid's existence in caring for him. The director manages the succession of scenes in a miraculously understated style so that the audience is immersed in the characters' world and comes to understand their feelings and what is at stake.
Peter Bradshaw, The Guardian – 2009
The moments of life in this new French film are a revelation. The focus is on a widowed train driver Lionel (Alex Descas) and his daughter Josephine (Mati Diop) who live together in the same Parisian apartment complex with Lionel's ex-girlfriend Gabrielle and Noe, a handsome young man who is romancing Josephine. The elements of every 'losing your daughter' comedy are there, but these familiar events flow into emotional states both subtle and sublime. This 'light-but-effective' touch is characteristic of this director. For an 'art' film, it flows with the grace and simplicity of an elegiac Hollywood drama. The devotion to physicality and wordless expression is a trademark of Claire Denis' repertoire as a director. It's hard to remember a time when four actors were able so silently to awaken the depths of their characters in so harmonious a fashion. Although it is a familiar tale '35 Shots of Rum' has none of the sentimentality that plagues the common view of the father/daughter relationship. Tremendously moving – a film to be savoured.
Movie Review - 2009

What you thought about 35 Shots of Rum

The majority of you, by far, rated the film Good / Average and agreed that it contained some good direction but was very French, too long and too slow. For some the film was evocative and enjoyable: Lovely, poignant, beautiful film; very much enjoyed the film; the trains, the apartments, the pattern of days, relationship between father and daughter – atmospheric; very easy to disappear into; thoroughly absorbing; powerful emotions with so much non-verbal communication; so much left unsaid; liked the fact that we were not spoon fed; very poignant; subtle story line; lyrical and occasionally exquisite and poised. Not surprisingly, the national character of the film was unavoidable: Incomprehensible? – No, just French; very French – very sad; quintessentially French; Typically French – wonderfully shot, atmospheric, understated and nothing happens! Very allegorical; bitter sweet, charming but too many gaps for enigmatic looks instead of dialogue; a French coming of age movie – especially the father! The characterisation and the story drew mixed reactions: Good characters; characters came across as genuine – especially the father and daughter; the lady who opened the café was excellent; terrific acting; emotions in eyes and expressions – not words; superb performances; father daughter relationship almost too intense and sensual; But: I found the characters unrealistically nice and caring; a story told only in allusion and ellipsis does not work; the repeated cycle of trains – rice cooker –trains – rice cooker etc. was a strange device; the film drew no empathy from me – except when someone died on the tracks and the cat got my deepest sympathy; a film about people living out lives of quiet desperation induced the same in at least one member of the audience … And the ending? Puzzled by the ending; what happened at the end? Conclusion left me under whelmed. There was substantial criticism from many of you regarding the pace and duration of the film: Too slow; rather slow; very slow; slow start and odd ending; opening scenes far too long; at times turgid; languid; mesmerising; drawn out – a long journey (the implication of all those trains and railway lines?); soporific; too pretentious; almost self indulgent; nearly went to sleep … and there was more along similar lines: Tedious viewing; boring; a dull drudge; for all its subtlety, the film leaves you feeling cold, detached and pretty glad it has ended; not enough content for 100 minutes; quirky and un-illuminating; not enough plot; I lost the will to live; the film notes told me to expect subtleties – but they went over my head; unbalanced. However, it was not hard to find some positive thoughts to finish! So nice to not have to work at the subtitles! Artistic direction, moving and engaging; good cinematography; great sound track; loved the music; best scenes were restaurant scenes; best bits were the taxi cab shots; interesting to see an immigrant community in the suburbs of Paris; well worth a showing; glad to have seen it. John O’Keefe 12th October 2011