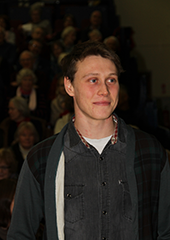 Thanks to one of our members, Paul Narraway, we were very fortunate to have George MacKay attend our screening of "Sunshine on Leith" on 24 February 2015.

George arrived before the film and was able to talk with some members on an individual basis and have a couple of photos taken for this report.

Paul Narraway hosted a prepared question and answer session before the film started. As one of the lead actors in the film, George was able to give us a rare insight into the process by which he was picked and some of the steps he had to go through to make the character come to life. We also got some interesting anecdotes about other actors in the film.

Paul then opened the floor to questions from the members and we were able to enjoy about a quarter of an hour of interaction with George.

Once the Q&A session was complete, a photographer from the Surrey Advertiser took a series of photos for an article that was published on Friday 27 February 2015; a copy of which is shown at the bottom of this page.

The video below includes some stills and George's response to one of the questions. 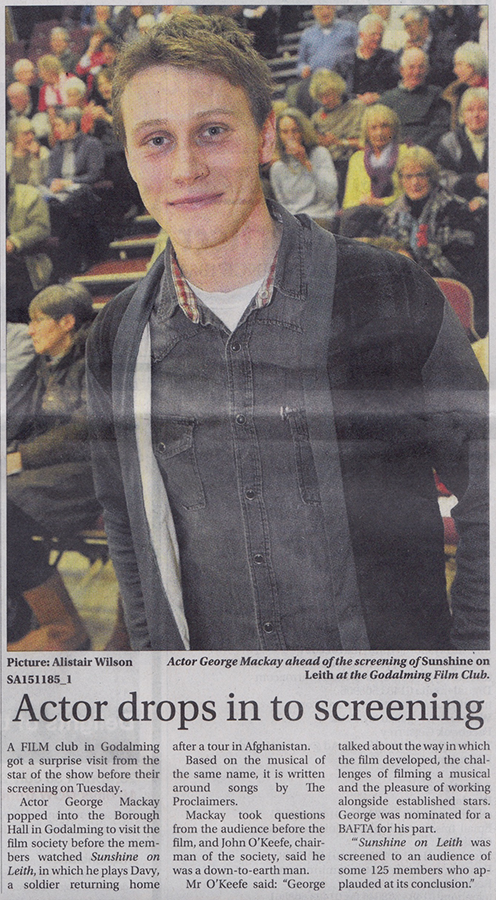