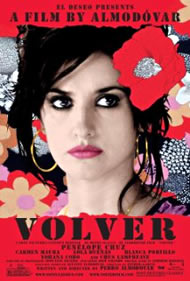 GFS was an idea brought to life by John and Diane O'Keefe soon after they moved to Godalming in 2007. To test the waters, they booked the Borough Hall and sold tickets for a screening of Pedro Almodovar's "Volver". This was a sold-out success which paved the way for John and Diane to seek funding to establish a local film society.

With the profit from "Volver" and a £500 grant from Godalming Town Council, the newly formed Committee purchased a sound system and BFFS lent them a projector for the first weeks of existence.

Thereafter a National Lottery Awards for All award of £5000 was used to purchase the Society’s own projector.

In the first six seasons of GFS, there was a lot of work done by committee members and volunteers to set up the seating in the Hall as well as the speakers, projector and sound system.

Towards the end of our 2012 – 2013 season we worked closely with Waverley Borough Council to define a digital cinema replacement for the unsustainable 35mm projector which had been used for public screenings for over 20 years.

Our experience in the use of DVD and BluRay proved to be of considerable value to the Council as we were able to explain in some detail the benefits and pit-falls associated with assembling a combination of domestic and professional audio visual (AV) equipment. (We were also able to provide a thorough introduction to the "art" of film bookings!)

As a result of this collaboration, GFS now uses equipment installed by the Council in the Borough Hall projection room. It is permanently available and has therefore significantly reduced the time required to set up and take down at each screening.