When the estranged daughter of a hard-working live-in housekeeper appears, the unspoken class barriers in the home are thrown into disarray. Won the Special Jury Prize at Sundance 2015. 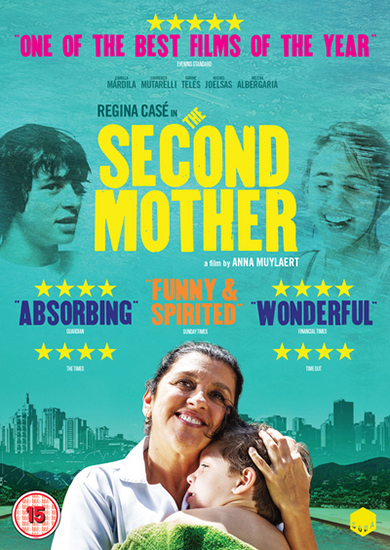 What you thought about The Second Mother

At out last screening night, 113 members were present to see some very interesting footage of “The Tribe”, the new short film to which the society has made a contribution. We also heard from Ayo Sanusi, the writer director form the Farnham University of the Arts about the origins of the film. We will all be looking forward to seeing the finished article in September. While reasonably well received, The Second Mother divided opinion. Many of you praised the “excellent ensemble playing and complimentary visuals” which showed a “clever and subtle portrayal of the vacuous lives of the bourgeoisie! … freedom through the generations was sharp and telling”. The plotting was considered either “a superb study of class relations – steady but at the same time – nuanced “and “very well observed “or “predicable and tiresome “even “boring”. One member told us that it was “enjoyable but not very memorable”. However, the majority of you did find the film “enjoyable and layered” albeit with the “somewhat one dimensional, (but the well-acted) rich family where Val and her daughter provided the interest” delivering a “good ending from an excellent ensemble cast”. “A warm subtle film with a great performance by the central character, Val. Who wouldn’t want a cuddle from her?” Other comments identified the key plot points as “… A good example of how younger generations don’t see or tolerate the structures between classes. Reminds me of “The Help”; different classes/races can meet, but at a certain point an invisible line can’t be crossed”. “An acute cinema of ideas”. “A film that made social comment in the wider picture combined with a close look at the smaller pictures of individuals. The acting spoke louder than the words to me”. “More like this please! A lovely portrait of maternal love and its complexities”. “A quality cautionary tale and parable. Well-acted and pretty credible – but without a Wow factor. No real surprises. A pleasant evening and well justified showing”. Others felt that “It left a lot of unresolved questions. Is history repeating itself or breaking the mould? I became bored part way through”. “A little predicable but amusing in parts. Felt quite claustrophobic – didn’t see much of Sao Paulo – but I guess that’s a reflection of Val’s life”. “Very interesting, but I found the girl’s behaviour not quite believable and the end puzzling. After realism we end with a fairy tale”. One observer told us that the “well drawn characters led to credible development of relationships”…that produced “a feel good film” but a “significant weakness was the periodic poor camerawork”. There were also a couple of comments which told us that the “sub titles” were “too quick. I could not read and watch the film easily”. Next screening 2nd May with AGM at 7.30. “Wryly observed and beautifully acted”. “Understated – a gentle comedy”. “A really entertaining presentation – with especially clever dialogue – and a most ingenious plotline”. “A lovely feel good film”. “Great ending. Fantastic female characters”. “Favourite film of the season so far. Excellent acting”. “Very realistic”. “Text book film making. Ticked all the boxes”. “Moving and well performed by the mother”. “Slow moving but very good characterisations”. “Excellent acting. You come to care about the mother and daughter”. “A gentle, humorous warm film- slow in parts but quite a pleasant ending – feel good. Left with a smile on my face”. “Very satisfying, everyone got what they deserved”. “Amusing, but the situation with Dr Carlos was not believable”. Subtitles are there to be read. Certainly early in the film they moved too quickly. I found in any event the “plot” difficult to follow. I would not recommend this film to anyone”. “Disappointing but a happy ending. Great acting by Val”.. “Good in parts but a bit twee”. Turgid way of making a telling point”. “Poorly acted in parts”. “Nothing much happens really”. No depth to the story”. “One or two interesting scenes but for the most part I was bored”. Val was well acted and an interesting character – good to see her change from “slave” to liberated woman after her daughter arrived”. “Just about held my attention and interest”.