Supermensch: The Legend of Shep Gordon

A documentary about the life and career of the legendary Hollywood insider and talent manager, Shep Gordon. The directorial debut of Mike Myers. 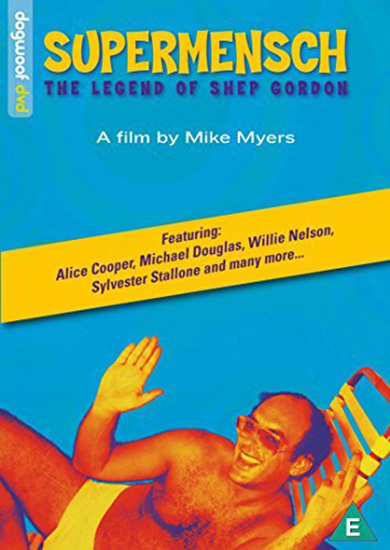 What you thought about Supermensch: The Legend of Shep Gordon

This week we start with a compliment followed by a small criticism which is as follows, “I went to the Odeon Guildford over the New Year and it just highlighted to me how good the sound and picture are here + it’s clean. Thank you GFS. As a lifelong Alice Cooper fan I have seen it before but enjoyed it even more this time! Entertaining and factual! Great shame the music was turned down so quite at the end”. But someone else told us that while this documentary was “fairly interesting – I must say I preferred the society before the quotas, when we saw excellent world drama most of the time with the very occasional musical etc.”. This documentary evening did give us “one of those remarkable stories that if you made it up people would not believe it” but this reviewer also felt that “the short was really dull and pointless” Another said that the film was “really delightful and a wonderful insight into creative management techniques!! A beautifully put together documentary of a truly endearing and caring person. Loved the humour and wish there were more people around like him”. This was echoed with “a well-made documentary in terms of cutting in clips/photos etc... Interesting man with a massive life. Thought provoking on “fame” and “family” and loved the “coupon” way of living i.e. pay it forward”. Others told us that this was a “super film” and “humanly funny; a lovely story about a lovely man”. “Thank you film society – not a film I would have watched otherwise, but really enjoyed it. What a life!” The film was considered “Fascinating, fun…a feel good documentary” and “I didn’t expect to enjoy this but it gradually became compulsive. Unlike the Gib monkeys who became rather tedious!” One commentator told us that the film was “enlightening, interesting and entertaining” and provoked the following memory….“Having worked in the record industry in the 70s and met a few characters and heard stories about others, Shep Gordon was one of the good guys I would have liked to have known”. Another commented that this was “an example of how many lifetimes can be fitted into one lifetime. Honestly and sensitively made”. Others said that this was a “good example of how to do this style of documentary”. “Surprisingly entertaining – he certainly came over as Mr Nice Guy”. “A good film of its type”. “I had not heard of Shep and normally would not have chosen this film to watch but found it interesting”. “Fascinating portrait of an amazing life. I nearly didn’t come but glad I did”. “What an amazing and fascinating man! Very well filmed. A full life but sad in the end”. Additional comments ranged from “A film of two halves – second half much more interesting. Short film: fascinating to see the human population doing weird things watched by the monkeys!” “The sort of man I thought I disliked but could not help liking in a bizarre way” to “fascinating story about a rather lonely individual…. The endless dialogue got rather monotonous”. “It wasn’t instant but I ended up liking the guy”. “Not particularly interesting”.