Shun Li and the Poet

Set on an island fishing village named Chioggia in the Venice lagoon; this is a study of the friendship, through poetry, between a recently arrived Chinese woman and a widowed Yugoslavian fisherman. 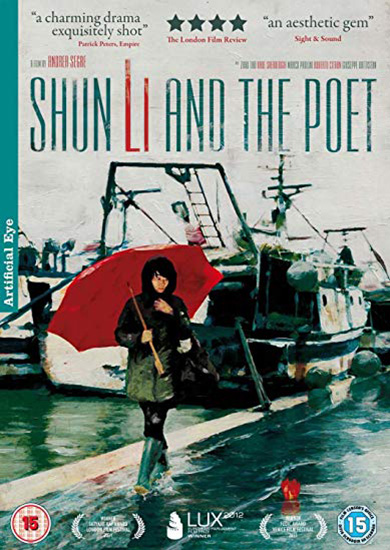 What you thought about Shun Li and the Poet

Shun Li and the Poet had you reaching for a dictionary of superlatives to describe this “profound, understated film of the season, so far” which was “beautifully acted and very moving”. More praise came for the “amazing acting” with “the photography creating a melancholic mood”. These elements coupled with the “great soundtrack” delivered “a beautiful slow film which portrayed how outsiders are perceived – Toa Zhao deserved the award she won”. Many of you described this as “a tender film” and “a sensitive, if low key portrayal of social injustice in the Globalised world, filmed against the beautiful, if appropriately bleak backdrop of the Venice lagoon”. More praise for the film’s look and direction came with “the photography showing the reflections was exquisite”; and the portrayal of “beautiful mysterious Venice” giving “a different side to the touristy part… really made a strong impact on the story”. Also noteworthy were “great direction” which delivered a “moving story beautiful photographed”. “So beautiful. Having tried to make links – I then realised I needed to just listen with my heart, not my head and my heart”...“Really enjoyed this – beautiful imagery and music”. “Full of insight”. “Beautiful story well told and magnificently shot”. “It shows the decency and indecency of man. Points out the terrible time immigrants face. Maybe May and Gove should watch it”. “Bitter sweet story of trafficking – with an ending that gives one hope for finding goodness in some people. Great visually and the music was spot on”. “A lovely film – not afraid to take a slow burn. Lyrical and very enjoyable”. “Exquisite and charming. She acted beautifully with innocence. Very well directed”. The majority view is best summed up with “Oscars all round. A real treat. Incredible acting and beautifully filmed. More of the same please”. Another member said that this was “worth the sub for that film alone” and another commented, “excellent film. Thank you”. “Heaven sent in every way. Thanks committee”. The short film was considered also with “interesting but not arresting” and “who knew you could get so attached to a light bulb. Totally charming”. “Loved the short too”. And for the member who asked “Can we have some French crime films – they are a class of their own”, you may go on to the website and make recommendations for the committee to consider for next season.