Semi autobiographical film set in a prestigious Catholic boys’ boarding school towards the end of WWII. A friendship growing from initial rivalry between two of the boys conceals a dangerous secret. 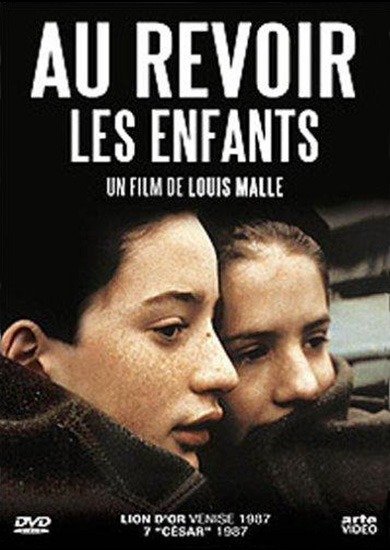 What you thought about Au Revoir Les Enfants

“Au Revoir Les Enfants” is the most popular film of the season so far with an aggregate 92% score in the excellent and good categories from a 79% response. This is not surprising in light of quality of the film itself, but definitely surprising given the number of comments that were made about the quality of the screening and the subtitles on the print we showed. Where you sat in the room clearly impacted the overall satisfaction level and we can only apologise to all of you who, for the most part, politely, pointed out the shortcomings of the screening. Before we screen another film at the Wilfred Noyce Centre we will ensure the projector is one of ours or the one in place is moved so that the image fills the whole screen. In hindsight we should not have been showing such an old film with less than stellar subtitles. We will do better. Some observations of the film which highlighted the subtitle issue were as follows: “Outstanding film seriously undermined by illegible subtitles”, “Difficult to read sub titles when white on white”, “Excellent performances from the boys. Beautifully filmed. I could not read some of the subtitles so that hindered the understanding of the storyline”. “Unfortunately we could not see the sub-titles against a pale background from the back of the hall but it did not spoil the film”. “Moving and gripping but very hard to read the subtitles”. “We were unable to follow the subtitles which was infuriating and spoilt the atmosphere. Otherwise moving and well told”. Many more of you wrote in a similar vein. Those of you with an uninterrupted view told us that this was “outstanding, and the most powerful film I’ve seen for a long time. Quite brilliant. I thought I was seeing violence in the playground and gratuitous cruelty amongst the boys – and then both they and I came face to face with the real deal! I would love to know how this affected these boys and whether they all went on to fight injustice and prejudice in this world” and “Incomparably good and profoundly moving – pitched straight at the mind and heart. Cruelty has a human face – and bravery in the face of tyranny takes many forms. Pick of the season”. “Done with great feeling”. “A very absorbing film in which I became totally involved. One could tell that it had a long gestation…deeply felt”. Other comments on the context included, “a brutal film in the gentlest way. The shocking dénouement in stark contrast to the rest of the film – a warm humane and convincing portrait of likeable boys being educated by caring and patient staff. The horror of Quentin’s realisation that he has accidentally betrayed his friend is unbearably moving. I’ve seen the film before but knowing the ending just makes it all the more poignant. Also a damming indictment of the Final solution than many more direct films. Superb 10/10”. “I found this film very moving. No wonder it took 40 years to produce! Trauma is painfully crippling. Brave and intense”. “Plus ca change! Terrific performances from the boys”. “Superb performances with huge credibility and nostalgia of boys boarding schools with the diversity of characters. A fable for all times”. “Beautifully constructed film. Well-acted.”. “Just as good the second time around – great photography”. “Beautifully filmed, fantastic acting and very moving. A timely reminder of the danger of ignorant prejudice”. “Powerful and moving”. “Brilliant – the French have a way with film – slow build to inevitable conclusion. All the more horrific knowing that the story was based on reality. Only criticism - white on white subtitles”. “Thought provoking and beautifully filmed”. With one particular observation highlighted “the sound of the children’s boots on the street and repeated in the soldiers’ boots later”. “An impressive and deeply moving film marginally spoilt by semi legible sub titles”. Extraordinarily moving – low key tones added to the atmosphere – well acted and very evocative of that period. Interesting how the boys gradually realised the seriousness of the situation”. “So understated – so effective”. "I saw this film about 25 years ago and it moved me just as much this time” “the atmosphere of the time was very well portrayed and the music was excellent. Best film yet”. “Brilliantly acted – extremely moving – captured the atmosphere wonderfully especially in black and white. The understated violence was most effective”. “Almost a silent movie for a non-French speaker – shocking sub titles”. “A dramatic story told with depth and restraint. More French films please”. “Very moving. But depressing and sad to remember the 2nd world war. Very unfortunate about the illegibility of the subtitles and my French is not good enough to follow all the dialogue!” “I am sure that it was a good BUT it was ruined by the illegible subtitles. A harrowing film with a depressing ending. But sadly all true to reality”. “As to the content sadly over 70 years on we seem to be failing to learn from history and are heading the same way. I was born in 1948 and we are going backwards”. “A very moving film dealing with the themes of collaboration and resistance and losing childhood innocence. It was spoiled by unreadable subtitles much of the time”. “Very good acting and exactly how people were treated when the Jews were hounded during the War”.