A chronicle of Martin Luther King's campaign to secure equal voting rights via the Civil Rights march from Selma to Montgomery, Alabama in 1965. 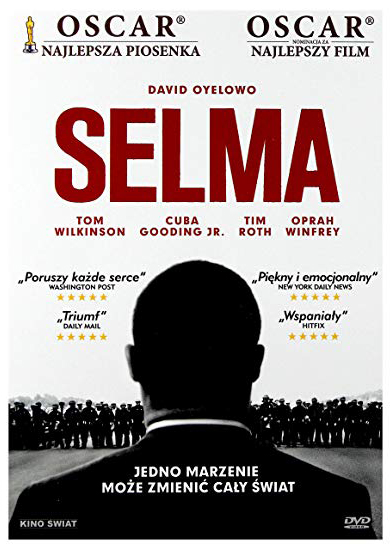 ‘Selma’ is a passionate movie, commanding and compelling, all about Martin Luther King and his civil rights march in 1965 from Selma, Alabama, to the State capital, Montgomery. The film takes its place alongside recent pictures such as Spielberg’s ‘Lincoln’ and McQueen’s ’12 Years a Slave’ as a film that honourably tackles race. This it does from a position of strength as well as idealism and optimism. With the southern states in 1960s still deliberately obstructing black citizens who tried to register for the vote, King and fellow campaigners realised that the only tactic they had was to force a public confrontation – a march from Selma to demand the right to vote. Black protestors risked injury or death from club-wielding cops, state troopers and murderous Dixie nostalgists, whose violence the politicians covertly encouraged. The confrontation took place on the Edmund Pettus Bridge, spanning the Alabama River, a Rubicon of American history. DuVernay shows this as a military engagement between the armed and unarmed – effectively the last battle of the American Civil War. There are excellent performances throughout, from Tim Roth as George Wallace and Tom Wilkinson as Lyndon B Johnson. Carmen Ejogo is a cool and contained Coretta Scott King. But, as King himself, David Oyelowo outdoes all these smaller roles, brilliantly presenting the man behind the sonorous and enigmatic public manner. This is a man who displays a kind of calm insistence that he has had to cultivate against all sorts of racist assaults. His King is as focussed as a technocrat and as courteous as a Renaissance prince. Oyelowo dominates the screen with something Shakespearean – he acts with technique, self-possession, charisma and style in this stirring and thrilling film.
Peter Bradshaw The Guardian 2015
Ava DuVernay’s stately and stirring civil rights drama breathes life back into the symbol Martin Luther King has become. ‘Selma’ covers the events of early 1965, when King, and other members of the Southern Christian Leadership Conference, led a 54 mile march from Selma to the state capital, Montgomery, to protest at black disenfranchisement at the polls. The movie belongs squarely in the genre of Stephen Spielberg’s ‘Lincoln’, humanising history, showing us the horse-trading, the strategizing, the mistakes and breakthroughs, the many personalities involved and the moments of soaring oratory. This is DuVernay’s first major movie and she handles it with confidence and a great awareness of the occasion. There are scenes of terrific power, none more so than when the marchers first try to cross the Edmund Pettus Bridge and are assaulted by mounted state troopers, wielding whips, bats, billy clubs wrapped with barbed wire. The sequence takes place in white mists of tear gas, with an accompanying gospel score, that portrays a vicious historical force. David Oyelowo comes through with a deeply felt and quite brilliant performance which focuses significantly on an unexpected dimension - King’s doubts and uncertainties. His portrayal makes you realise how ordinary a great man can be and how close to greatness ordinary people always are.
Ty Barr The Boston Globe 2015

What you thought about Selma

An almost overwhelming approval was given to the “wonderful mix of history and drama” in this 2014 film of the US Civil Rights March from Selma to Montgomery in 1965. You found it to be “brilliant” “impressive” “very powerful” and “very moving” causing at least one member to “fight back the tears”. It was seen as a “powerful portrayal of historical events that changed the world for black Americans” and a “fantastic demonstration of the power of the media” and “the power of conviction and peaceful protest”. The balance between historical accuracy and effective drama was for one member done “excellently in all respects. There are dangers in dramatizing historical events but the massive significance of the US human rights movement was powerfully expressed, excusing any inaccuracies there may have been”. It was recognised as an “amazing performance by the director, Ava DuVernay, in her first major film” and whilst some found it slow in places, there was recognition of “subtle plot development” to maintain the drama so that it was “shocking in all the right places”. Many members commented on the relevance of the events to today, one noting the incidences of “white police still gunning down black people 50 years on” whilst another thought the film was “an excellent reminder of the importance of this event” in Alabama. One member viewed it as “a vibrant portrayal of principle beating power and prejudice” whilst another said they found the film “very rewarding for our belief in the success of good”. Another feature of the film that prompted comments was the contrast between the public Dr King preaching or rousing the crowds and the private Dr King with family and friends. He was seen as “a man riven by the doubts arising from the impact of his influence on the lives of ordinary people” and it was “engrossing to see his private fear and struggle”; it was “insightful into the personal side of being a leader – his doubts and fears”. There were many comments on the “stellar performances” and “superb acting” by the main actors, especially David Oyelowo as Dr King and Tom Wilkinson as LBJ. Several people commented that “Oyelowo should have won an Oscar” with one member musing on possible reasons for this not happening. There was appreciation too for the sound track and the ‘Oscar Winning’ song though for a small number of members it was difficult to make out what was being said some of the time and for one member, all of the time. You also liked the cinephotography, finding that the inclusion of “newsreel footage brought it home”. However the “sepia look of the film, especially in the darker room settings, sometimes made it a challenge to distinguish the faces”. Several members commented that we should maintain the soundtrack volume and low lighting right to the end of the film, including credits.