In the wake of the 2004 tsunami, a young Anglo/Indian woman returns to Kerala for the first time since the mysterious death of her mother years ago. This is GFS member Nick Fletcher's first feature-length film and we are proud to give it a private viewing to our members. 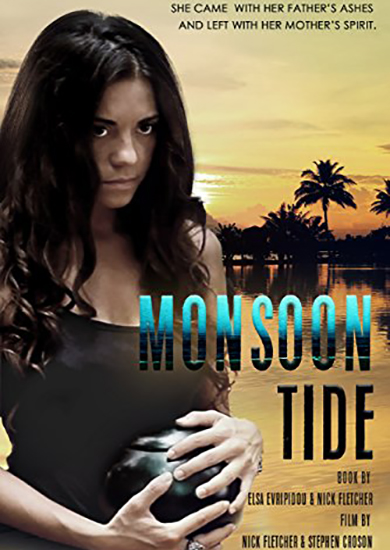 What you thought about Monsoon Tide (formerly Chakara)

There was a warm and thoughtful response from members to Nick Fletcher’s film on its first public screening. You admired “some fine convincing acting” and a “complex and moving story” told “with a strong sense of mystery and the unexpected”. Several comments praised the “carefully constructed dramatic pace of the story and the intertwining of past and present events”. The film “held the attention throughout” both from some “compelling emotional performances” and from the “beauty of the Kerala landscapes” and in many comments there was great appreciation of the “beauty and impact of the cinematography”. There was a good reaction too to the film’s attention to “telling dramatic detail” to “reinforce the feelings”. One response particularly mentioned the “power of the last 30 minutes, where the dramatic tension was accelerated”. The music in the film was widely praised, from the jazz band and the singing of Kate (Rebecca Grant) in the early sequences, which one member remarked “fully established the power of feeling between Kate and Charles”, and the later “more plaintive and subtle effects”. There was an awareness of and response to the “over-arching transforming and redemptive power of the sea and its use as a dramatic motif”. Several responses commented on the “beautiful evocation of the light and heat of Kerala and the breathtaking sea and sunsets”. However, some members felt that “the intricate details of plot and relationships were not always clear”, and there was “some confusion in the flashback scenes” particularly where Kate and Anni resembled each other so strongly. Another comment admired the “beautiful photography” but felt the “central characters were a bit one-dimensional” and that there were “tantalising hints of political and social dimensions” that were not fully explored. There were some critical comments too about a lack of clarity in some of the dialogue, which meant that key moments “were left uncertain”. But there was no doubt, overall, that the audience had enjoyed this “ambitious, intelligent and powerful film and its beautiful photography”. There was gratitude, in many responses, to Nick, Elsa and Steve for their contribution to the concluding discussion and to the fascinating, if pressurised, world of film-making they presented to us.